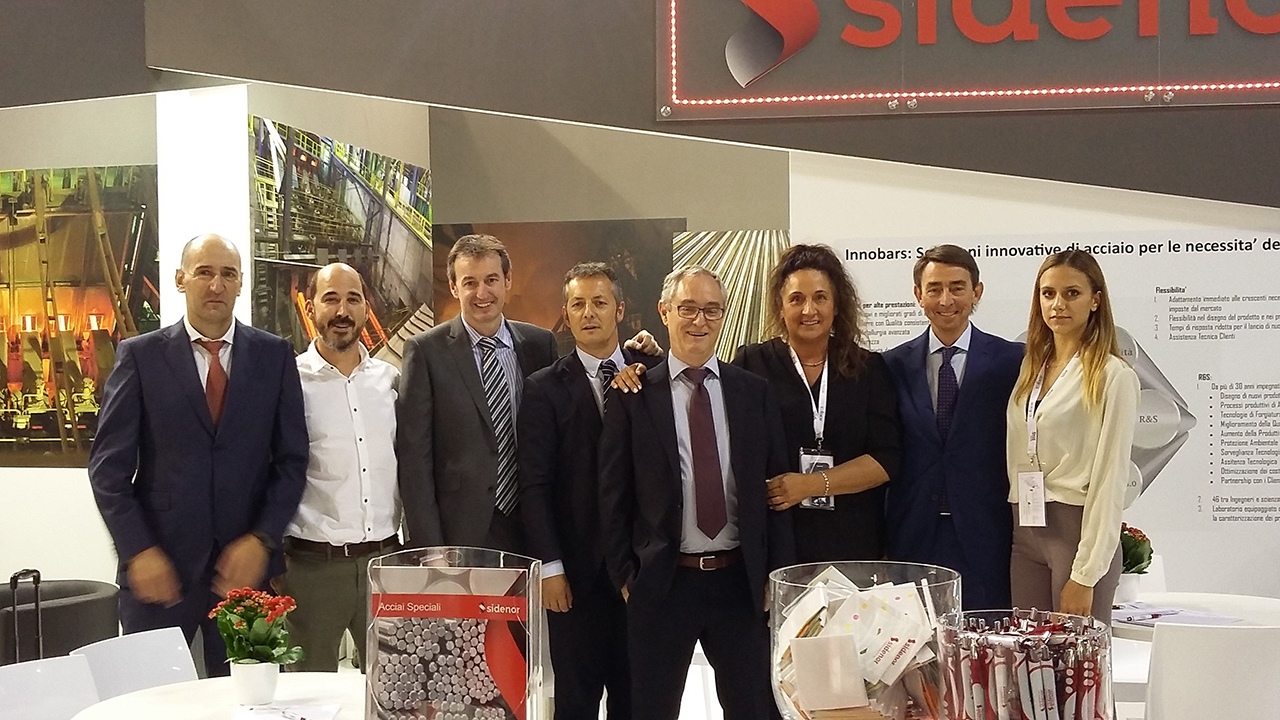 Home > News  > Sidenor launches presence at Made in Steel 2017

Sidenor launches presence at Made in Steel 2017

Since May 17-19th, Sidenor has been present at one of the most important European international steel events: the Made in Steel fair in Milan. Sidenor had its own pavilion and took this opportunity to grow stronger relations with some of its major partners.

Through the delegation of the company in Italy, and as customers who had planned to attend the fair had been told, Made in Steel has given the opportunity to “exchange ideas and views on various present and future scenarios regarding the automotive world and its environment from an industrial and economic point of view, as well as introduce in situ the various innovation technology solutions that Sidenor can offer in order to face the challenge posed by the current market”.

In response to this invitation, many customers had contacted our delegation before the fair, seeking personalised advice on different issues.

Beyond this work, more than 200 out of the 15,000 participants (15% more than the previous year) who visited the various pavilions of the fair approached Sidenor’s stand in order to learn first-hand about the company’s product catalogue, especially the Innobars brand, which played a major role during these three days in which, for the first time, steel, not fashion, was the star in Milan.