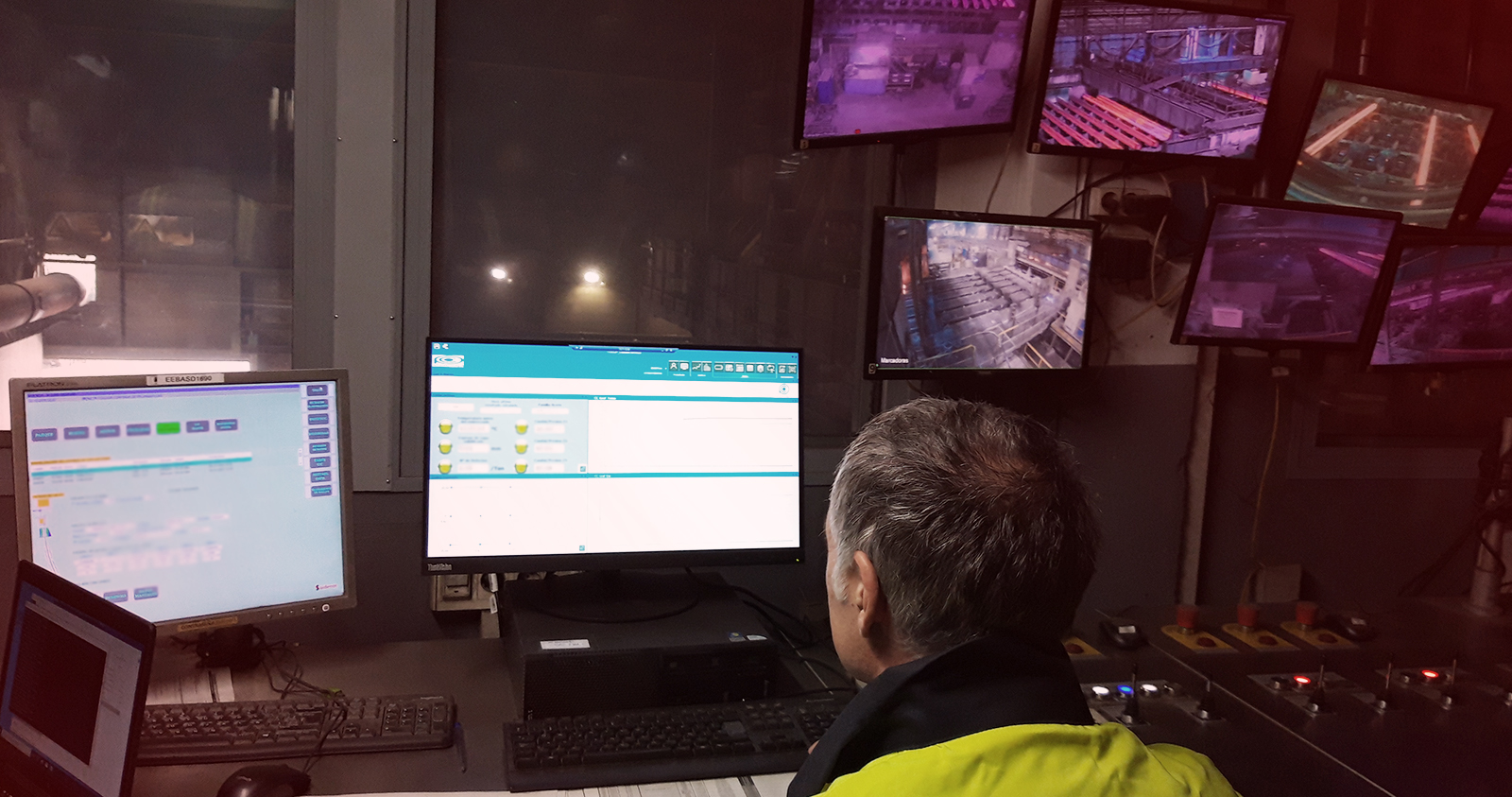 Last Monday, various partners of the COCOP project met at the premises of Sidenor in order to carry out on-site tests at the steel plant of Basauri.

The project, which aims at enhancing the control of production plants by means of a monitoring and control system which would be used as a guidance by the plant workers, has already reached the implementation phase of process optimization models in secondary metallurgy and continuous casting.

At this week’s meeting, the tests were performed at the premises by running the models with off-line data. The staff of these premises (that is, future users and real users) participated in the tests and could learn how the tool works and how this enhanced process control will lead to potential improvements at predictive level as well as for the control of various indicators.

Tests with real on-line data will be performed in week 55 and are expected to produce tangible and reliable results so that the equipment might be permanently installed and immediately used by the staff.

At the end of January, the Technische Uneversitat de Dortmunt (one of the 12 entities which take part in the project) will visit Sidenor again in order to draft a documented report which will include the individual interviews of the final users and collect experiences regarding the handling of this tool.

The project is expected to provide advantages in productivity, quality assurance and process costs. It should also enable a reduction of pollution, GHG emissions as well as the consumption of raw materials and energy, due to a better control and improved sustainability of production processes.

Previous post For the first time, sidenor registers a promissory note programme as a form of alternative funding

Next post Sidenor and Kevo Technologies will collaborate in the Fourth Edition of Bind 4.0